There’s an Amphibian Oracle desk opening over at the Fusebox. Ask the oracle anything, reveal your amphibian encounters in return … 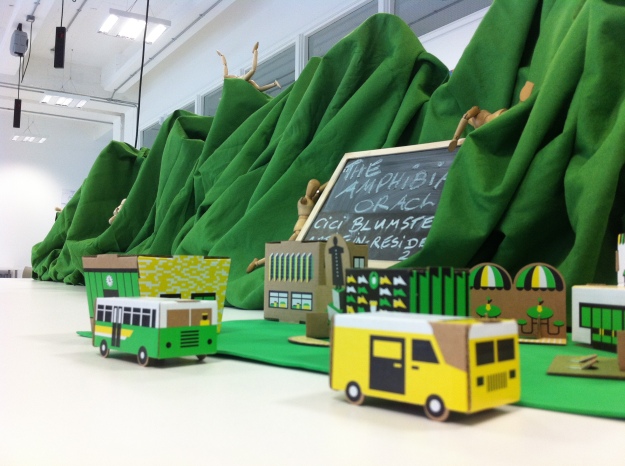 My first day as artist in residence at the brand new Fusebox space in New England House! Watch this space for more news over the summer …

The Lucky Frog Log: Seven Thousand and One Amphibian Nights. Photo by CiCi Blumstein 2013. Golden eyes by the frog.

Seven Thousand and One Amphibian Nights
There are over 7000 amphibian species in the world today. More than a third are under serious threat of extinction right now. Come and tell your amphibian tales as if their lives depended on it …

Amphibian Oracle
Ask the Amphibian Oracle anything! In return, share your favourite frog memories … of summer nights and frozen ponds, frogs in buckets and frogs in your shoe, olympic jumps and narrow escapes, poetic one-liners and epic ballads, heroic rescues and evil encounters, the good, the bad, and the downright princely …

Croakorus
Live croaking from Studio One at BLANK: add your best frog tales, links, photos and more to the Frog Croakorus on Twitter: @LuckyFrogLog  #Croakorus

It’s Brighton Festival time at BLANK Studios & Gallery – join us for our Open Studios and more on Saturday 18th May from 2 – 6pm. I’ll be in Studio One with Seven Thousand and One Amphibian Nights – more details coming soon … 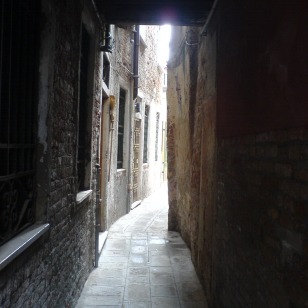 Cytomotion City is a model city, an embodiment of our inner-most spatial desires, its architecture created from playfully calculated, yet strangely precise physical measurements, its urban design built on myriad emotional landscapes. 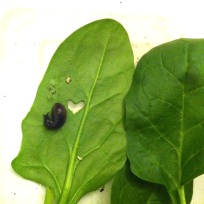 A few days ago I collected a couple of small slugs from the garden for the lucky frog to eat. Fortunately for the slugs, the frog had done with feeding for the day, so I added some spinach leaves sprinkled with water, and kept the slugs in their collection box overnight. The next morning I lifted the lid to check all was fine, when I was greeted with the sight of a perfect heart shape, which the slugs [one was hiding under the leaves] had eaten out of one of the spinach leaves. The message was loud and clear. I released the little creatures back into the garden, together with their spinach heart. It seems the lucky frog’s luck is spreading … 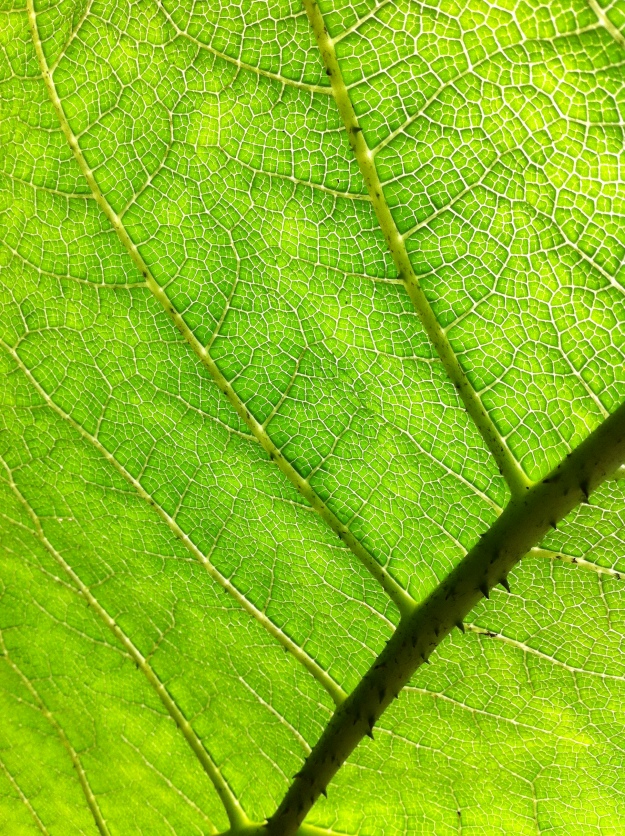 The Lucky Frog Log is a new art project initiated by a Common Frog [Rana temporaria]. Find out more here. 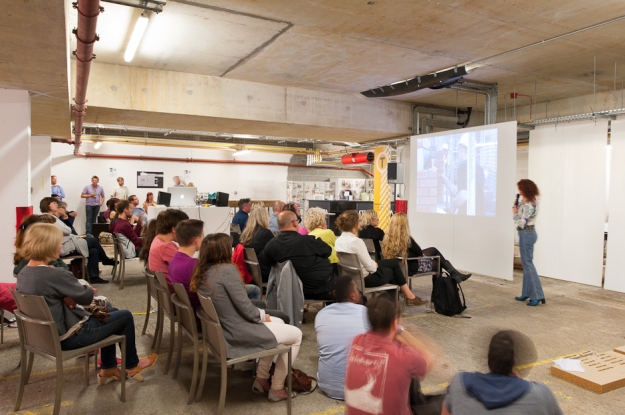 @ThresholdHub on Twitter: “Pecha Kucha talks in full flow and it’s a packed house! CiCi Blumstein on the mic… pic.twitter.com/DcFVz7OK “. I loved giving my talk Makeshift Bodies & Improvised Spaces in front of a buzzy and attentive crowd at the opening of Threshold Hub last night. Great turnout with nearly 100 people flocking to an underground car park in Brighton, temporarily transformed into a pop-up architecture centre, to listen and to engage with architecture in new ways. Don’t miss the Threshold Hub launch party tonight from 6 to 9pm, details here. Part of Love Architecture Festival 2012 .

On Wednesday 20th June, I will be presenting my talk Makeshift Bodies & Improvised Spaces which takes a wide-roaming look at improvisation as a powerful process in architecture, choreography and performance art. This Pecha Kucha event takes place at the Threshold pop-up architecture centre in Brighton and is part of the RIBA love architecture festival.

“Threshold is a pop up architecture and built environment centre demonstrating how architects and associated creative professionals can adapt, reuse, transform and re-invent the spaces around us, presenting an exhibition and programme of public events on the theme of inhabiting un[der]-used space(s).

It will be curated to include work and activity inspired by the theme from the architectural and creative communities of Brighton and Hove and Sussex and will be open to the public daily within the Love Architecture festival. The programme will include site-specific installations, exhibitions, workshops, film, talks and events.  END_OF_DOCUMENT_TOKEN_TO_BE_REPLACED